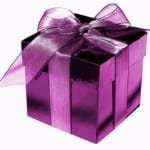 As many will be frantically wrapping gifts and we look back on another eventful year in packaging, here’s a few interesting – but possibly useless – facts about the delivery sector. 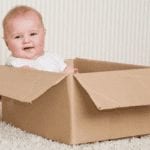 No Kidding
On the first day of 1913, the United States Post Office started allowing large parcels to be shipped through the mail. The story made headlines all over and many Americans embraced the decision.

One particular couple really embraced this new exciting large parcel delivery and mailed their eight-month-old son to his grandparents. They reckoned the postal service would be faster, safer and more convenient than any other type of transportation.

The baby weighed slightly less than the 11-pound limit that the Post Office had imposed. The delivery cost the child’s parents a meagre 15 cents. In ensuring the safety of the child, the parents bought a $50 insurance policy. Amazingly, he arrived safely.

The story made headlines all over and more parents opted to use this ‘revolutionary’ baby transport system. But it only lasted a few weeks as the Post Office quickly outlawed the delivery of children through its service. 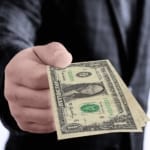 Service With a Smile
In February last year it was announced that UPS will be suing the EU antitrust regulator for blocking a merger with TNT Express. Apparently, TNT was then bought by their arch-rivals FedEx, and UPS wants $2.14 billion compensation.

At Hub this leaves us fairly unperturbed, but we’re not going to be complacent. We will do all in our power to prevent any merger between the Big Two, knowing that it will only lead to our parcels being delivered by FedUPS. 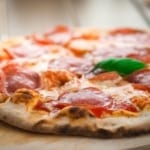 Food for Thought
We may think that online ordering started with books and a global company that takes its name from a massive South American river, but we’d be wrong. The first goods sold online were pizzas, way back in 1994. 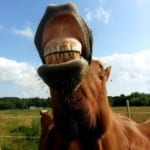 Fair (Dinkum) Trade
Think of Australian exports, and you might think of minerals, wool or weak beer, but apparently their top-exporting product is… tooth whitening products. 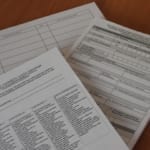 Take Me From The Moon
When Apollo 11 returned to Earth after the moon landing, they hadn’t completed one of history’s most unusual deliveries before they had completed a Form 7507, General Declaration Agriculture, Customs, Immigration and Public Health.

They listed the flight routing as “Cape Kennedy, Moon, Honolulu” and declared the cargo as “moon rock and moon dust samples”.

Thanks for reading; have a happy holiday and a great New Year!